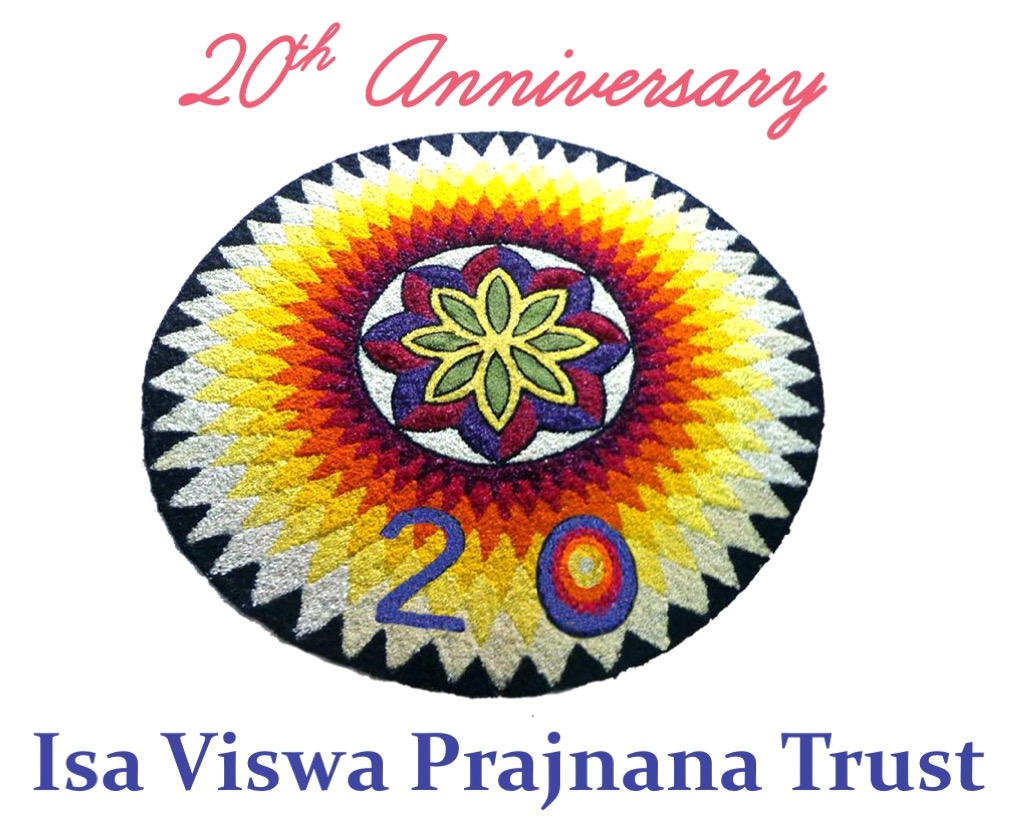 On August 31, 2000, the Isa Viswa Prajnana Trust was registered as a charitable trust, providing service to society. On Onam, the harvest festival, we celebrate 20 years! IVPT was established by Jagadguru Swami Isa to carry out his vision of a world where every human being is capable of achieving total consciousness—in other words, total happiness.

IVPT's mission is to provide aid and comfort to the suffering, and at the same time, it conducts programs aiming to resolve the source of suffering. Its new approach to education—one which upholds the connection of all life rather than separation—empowers each human being to be a master of his or her own future. Swami Isa is well known for his educational philosophy and teaching methodology, Education for Total Consciousness.

IVPT runs an experimental school on the Education for Total Consciousness method, provides healthcare and skill development in slums, promotes environmental programs and tree planting, conducts research in renewable energy, organizes the Global Energy Parliament, and many other projects. Since 2015, it has held Consultative Status to the United Nations ECOSOC, and it has branches in 9 countries.

Enjoy this video showing the various activities and programs of the Trust over the last 20 years!